Cajeta is a wonderful Mexican sweet sauce. It is a delicious concoction of goat milk, sugar, cinnamon, and vanilla. So smooth and sweet I want to eat it by the spoonful! (But I don't :o) It is traditionally made with goat milk, although you can use cow milk. I'm not sure how the cow milk will taste since we have only made it with goat milk. As we often do, we use what we have from our farm.

Since Vet2Be's big brother is on a mission in Mexico on a mission right now, Vet2Be likes to try different things from Mexico. Of course we would try Cajeta because it is traditionally made with goat milk!

Here is the recipe I use: 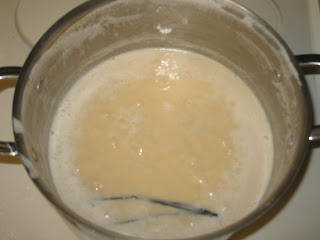 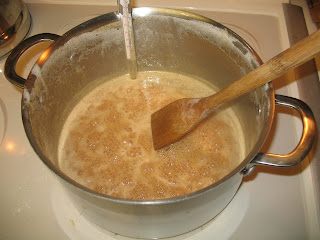 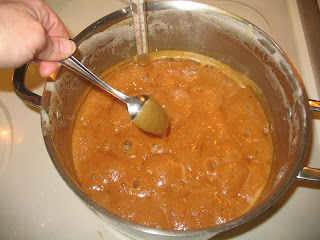 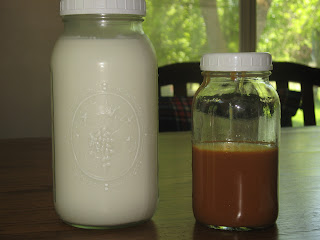 Two quarts of goat's milk makes a little more than a pint of Cajeta. This batch took me almost 2 hours to make from start to finish.

Serve Cajeta over ice cream, on toast, as an apple dip, or anything you would use caramel sauce for. Yum!
Posted by TJ at 9:08 AM